The RF100 clean renewable energy goals are technically, economically, and politically feasible.  Please read the information provided below to understand why.

One Earth: Impacts of Green New Deal Energy Plans on Grid Stability, Costs, Jobs, Health, and Climate in 143 Countries was published in 2018 by a collaboration of Stanford University and University of California-Berkeley experts. It is highlighted here because it is an excellent representative of studies showing the feasibility of RF100 energy goals, references other studies showing the feasibility of the desired energy transition, and offers a straightforward credible critique of studies suggesting that this transition is not feasible.

To the right is a link to a video providing a short explanation of how the authors developed “roadmaps” demonstrating the feasibility of replacing carbon-based energy with clean renewable energy from Wind, Water, and Solar sources by 2050. The video is followed by highlights from the One Earth study. (Download Full Study) 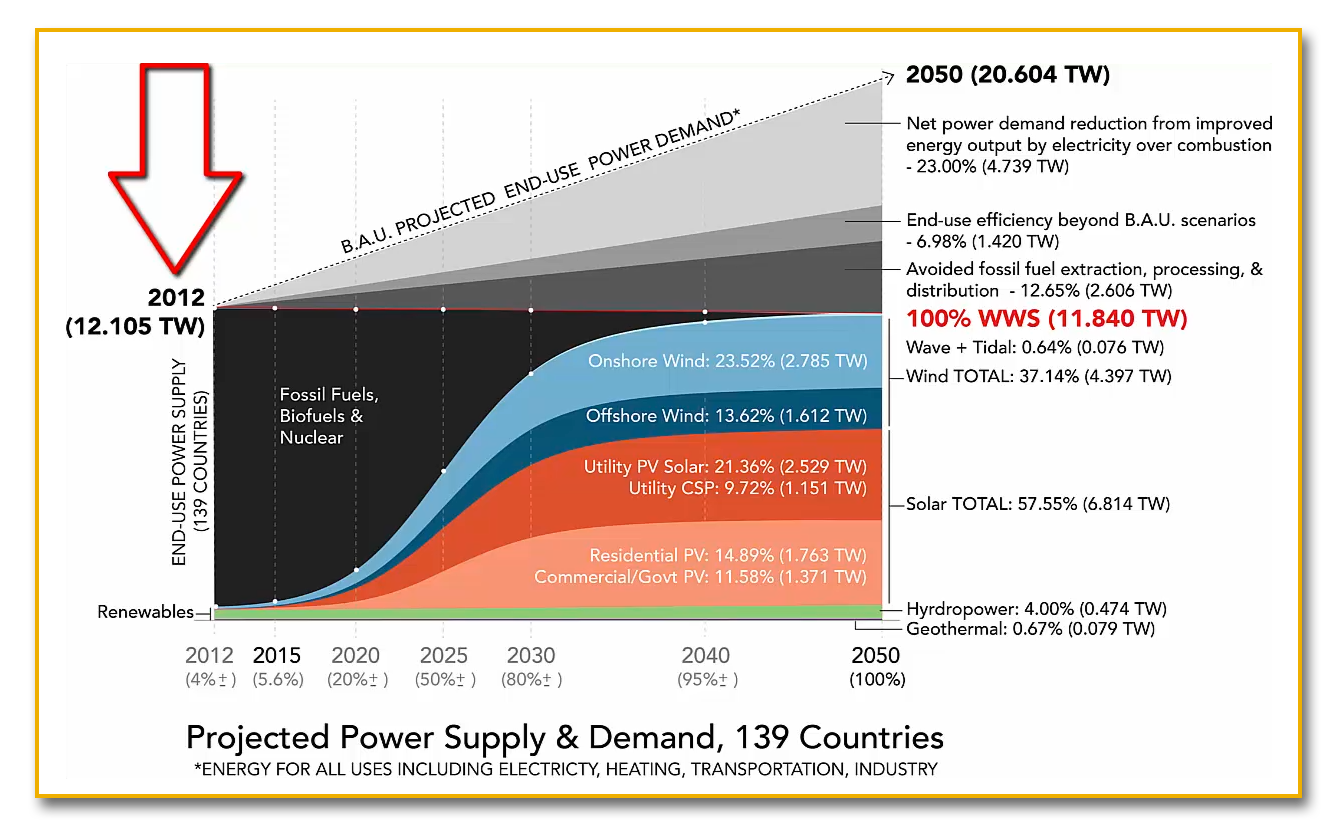 One Earth contains Green New Deal (GND) energy roadmaps for 143 nations that in the aggregate are responsible for 99.7% of the world’s carbon emissions. The roadmaps were developed by:

WWS reduces the annual aggregate private market cost of energy by 61%, from $17.7 to $6.8 trillion/yr largely due to the 57.1% decrease in energy usage.

The net present value of the capital cost of transitioning to WWS energy worldwide is about $72.8 trillion (about $7.8 trillion for the United States), but this is a cost that pays itself off with electricity sales over the life of energy, storage, and transmission and distribution equipment.

Transitioning to WWS energy “could create about 28.6 million more long-term, full-time jobs than [those] lost” in the carbon-based energy production and consumption sectors, including

The Solutions Project used these studies to create interactive maps that show 100% clean energy visions for the Earth, the United States, and each state within the United States. Download the Oklahoma Vision

LCOE “represents the average revenue per unit of electricity generated that would be required to recover the costs of building and operating a generating plant during an assumed financial life and duty cycle. LCOE is often cited as a convenient summary measure of the overall competiveness of different generating technologies.” U.S. Energy Information Administration, Levelized Cost and Levelized Avoided Cost of New Generation Resources in the Annual Energy Outlook 2020 1 (Feb. 2020).

The following chart from Lazard’s Levelized Cost of Energy 2019 Report shows that Wind and Solar Energy has become competitive with traditional (carbon-based) sources of electricity generation. 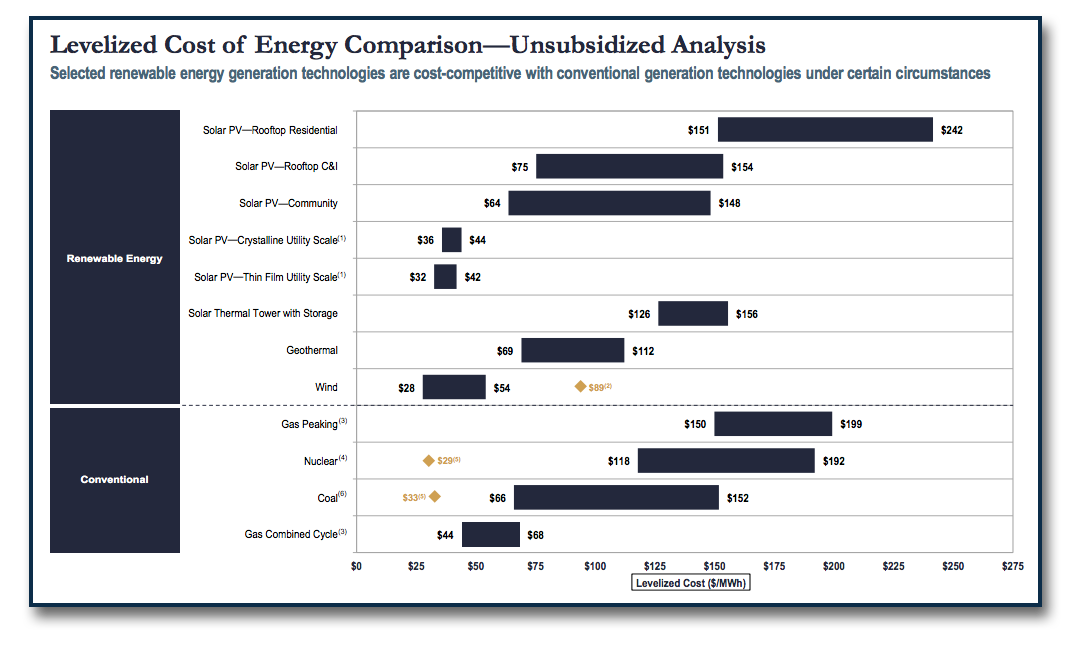 As of July 28, 2020, 166 U.S. cities and towns had committed to achieving at least one RF100 energy goal. Norman, Oklahoma, is one of these committed cities. Download Full List

In 2011, the City of Tulsa published its City of Tulsa Sustainability Plan: Resource Efficiency, Clean Energy, and Leading Growth in the New Economy. It was Tulsa’s first (and sadly only) Sustainability Plan. Unfortunately, this plan has not been implemented. But it demonstrates that there is lurking in Tulsa the political will to bring about a clean renewable energy future. Below are highlights from this plan.
Download Full Plan

Mayor Dewey F. Bartlett’s foreword stated “to ensure future success, cities must look for energy solutions that will save money and diversify energy sources. Adding alternative energy to traditional energy will reduce operational expenses, save taxpayer dollars, and lessen our impact on air quality. It is our goal to be an example for other organizations within our city and to be a catalyst for job creation and expansion in energy industries.”

In its executive summary, the Plan said “Tulsa has the opportunity to leverage its historic position as a leading region for production,  manufacturing, and services in the oil and gas industry to become a leading region in clean energy and many of the other industries that compose the Clean Tech industry cluster.” It also said that the city should explore “city ownership of the local electric utility franchise [because it] allows a city to align the policies and economic power of the local utility with local needs and opportunities, including economic development opportunities.” Plan at 2.

Most importantly, in its Economic Development Section, the Plan recognized that “an economic transformation taking place today—a transformation from an old economy that is high pollution, high carbon, waste intensive, and ecologically disruptive, to a new economy that is low pollution, energy/resource efficient, low or zero carbon and ecologically supportive. Businesses, cities, and regions that lead this economic transformation will prosper because the new economy will outperform and eventually replace the old one in the long run. Businesses, cities, and regions that lag are in danger of being left behind.” Plan at 133.